It looks like the Olympic gymnast McKayla Maroney is all over the internet again! This time it's for something a little more racy. In 2012 she became a meme after a photo was captured of her making a smirk during the Summer Olympics. The promiscuous babe is now making headlines after posting a video on social media.

The Instagram clip shows the gymnastic hottie in a black thong showing off her best asset: her juicy ass! Trust us when we say this, dat booty is gonna make you go back for round two!

Before you get to the video, let's stroll down memory lane for a minute…

Okay, lets get back to that scrumptious behind. Seems as though McKayla wants the world to know that she isn't a little girl anymore. An unknown source stated that:

“I wants to be looked at as sexy which usually isn't the case for Olympic gymnasts, I want to break some stereotypes, be carefree and live a life that isn't as structured as an Olympic athlete is accustomed to”

Her Instagram account is filled with several sexy pictures that clearly show that she isn't a sweet little teenager anymore, she's a damn woman! A thick one too, I mean take a look at that ass!

SCROLL TO THE BOTTOM FOR MORE OF HER YUMMY SELFIES.

If you didn't' know, this petite firecracker was born in Aliso Viejo, California and started gymnastics at the young age of two. Her mother signed her up for classes after noticing how often Mckayla would run around on all fours and climb around like a monkey. The athlete was home-schooled so that she could train to become a professional gymnast and go onto the Olympics.

Maroney competed in several competitions before she was chosen to be part of the USA team that would complete in the 2012 Summer Olympics in London, England. That summer she won a gold medal with the team. She scored the highest execution score under the new scoring system for women's gymnastics. She also earned a silver medal in the vault finals (the event that lead to the “McKayla is not impressed” meme). 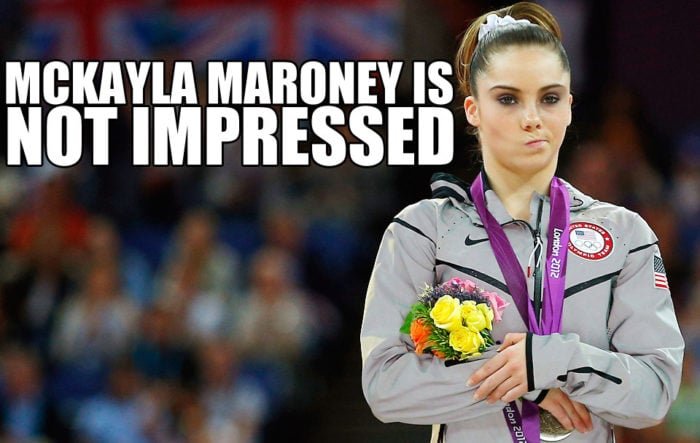 This sweet thang's gymnastic career began to slowly dissipate after she became injured while attempting an uneven bar dismount at the Kellogg's Tour of Gymnastics Champions in Ontario, California. The dismount caused a fracture in the tibia of her left leg and was not able to compete for a while. She completed one final time at the 2013 World Artistic Gymnastics Champions and won a gold in the vault final which made her the first American woman to ever defend a world title on the vault.

Although those are some major accomplishments for the young 21 year old, that's not why she is getting the hype in the media. Let's face it, it's that tasty body of her's that she loves to put on display for all of us to see. She's a champion teaser, that's for sure…

Check out McKayla's scrumptious selfies below! 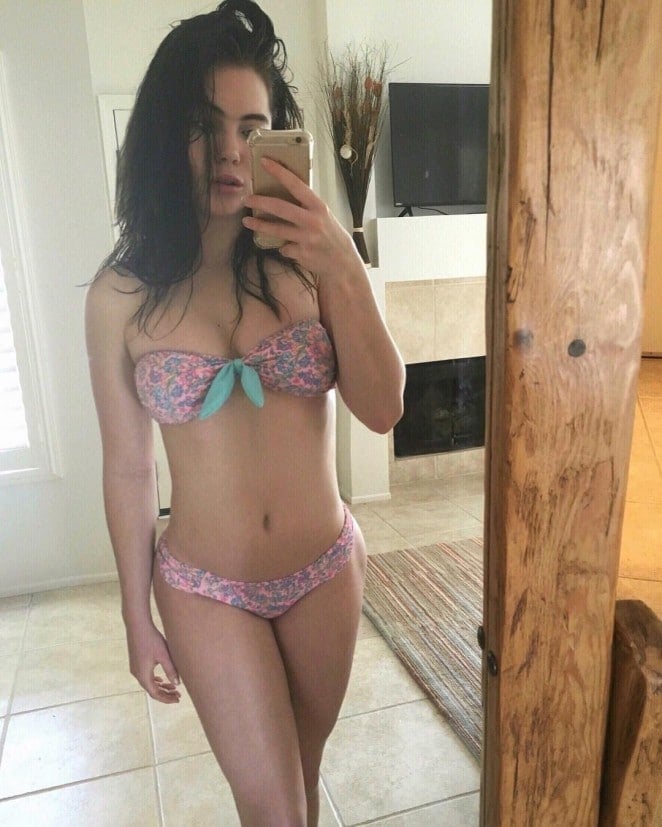